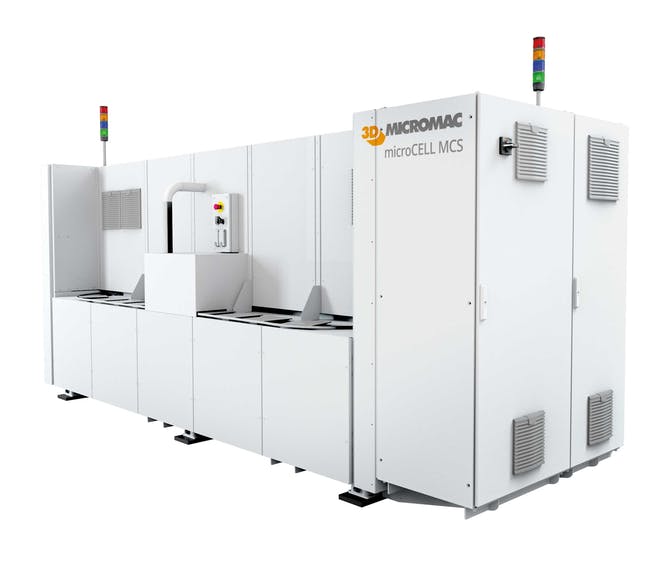 The microCELL MCS system employs 3D-Micromac’s thermal laser separation (TLS) process, which is ablation-free, for cell separation. The separated cells have up to 30% higher mechanical strength compared to ablative laser processes and enable a lower power degradation over the solar module’s life cycle. TLS has also been shown to achieve a module power gain of at least 2 W.

In standard configuration, the laser system cuts half-cells. Depending on the number of laser sources, the system is able to cut up to sixth-cut cells without decreasing the throughput. It also offers productivity of more than 6000 wafers per hour, and can be integrated with additional laser modules to increase the number of cell cuts. The system works with solar cells with temperature-sensitive coatings or depositions such as heterojunction technology (HJT) cells.

Read more: Cleveland Ohio Laser cutting system has use in half and shingled solar cell manufacturing