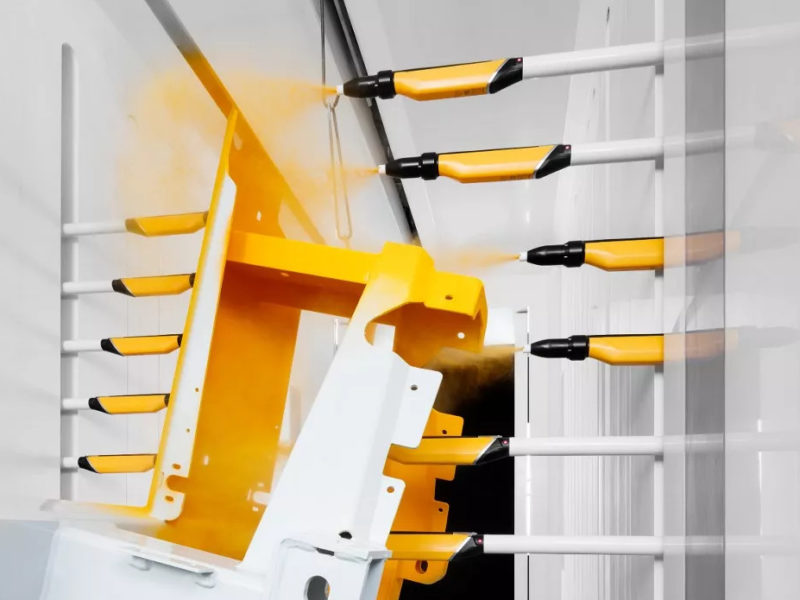 As the pace of fabricating picks up in job shops and manufacturing facilities, pressure is placed on all operations in the facility, including powder coating.

Nothing is immune to this increased pressure to get parts, assemblies, and products out the door as soon as possible. It does make execution more difficult, however. For instance, as line speeds in a powder coating operation increase, manual and automated systems are challenged to deliver uniform coverage efficiently. The difficulty factor in this scenario increases even more when parts with complex geometries, such as office furniture components with deep recesses, are part of the mix.

Gema, a designer and manufacturer of powder coating systems, has introduced the second generation of its Dynamic Contour Detection technology to address this production reality. And it’s particularly applicable to the world of job shops and contract manufacturers, where complex fabrications typically are found on a production schedule.

Smart Powder Coating Coverage
Jeff Hale, Gema’s director of marketing, described this new-generation powder coating technology as “smart” because it incorporates new software algorithms and precise spray gun positioning to get the most out of the powder coating spray process.

“There are several differences between our dynamic contouring technology and a robotic application, for instance,” Hale said. “Instead of creating individual, point-to-point movement programs for every part style or family, our technology uses a laser to scan the object surface as it enters the coating booth. If the part is hung at a different angle or is wider, longer, or has protruding or recessed surfaces than the part hung before it, the scanner identifies those differences and positions the powder spray gun or guns to the optimum distance. No programming is required.”

The laser scanners are mounted on a frame at the entrance of the powder coating booth. Generally, one to three scanners are placed on one or both sides of the booth. Hale said that the number and positioning of the scanners depends on the overall height of the parts entering the booth opening and the complexity of the surfaces to be powder coated.

The scanners operate much faster and with greater precision and accuracy than previous generations. It’s one of the reasons that the Dynamic Contour Detection technology can keep up with quick line speeds. Hale said that the laser scanners can do their job comfortably at line speeds of 16.5 FPM (5 m/min.).

The software that is part of the MagicControl 4.0 control console takes the laser-scanned information and transmits commands to the axis-positioning unit for precise movement of the powder spray gun. Each positioning unit acts independently and can place the spray gun quickly where it needs to be. For applications in which multiple guns are used in one powder coating system, Gema’s ZA16 reciprocating gun mover is used; it can accommodate up to eight positioning units.